Did you know that the first computer program was written back in the 19th century (between 1842 and 1843 to be exact)?

The woman who wrote the show was Ada Lovelace. Her greatest passion was numbers, to the extent that she was nicknamed the "Enchantress of Numbers". 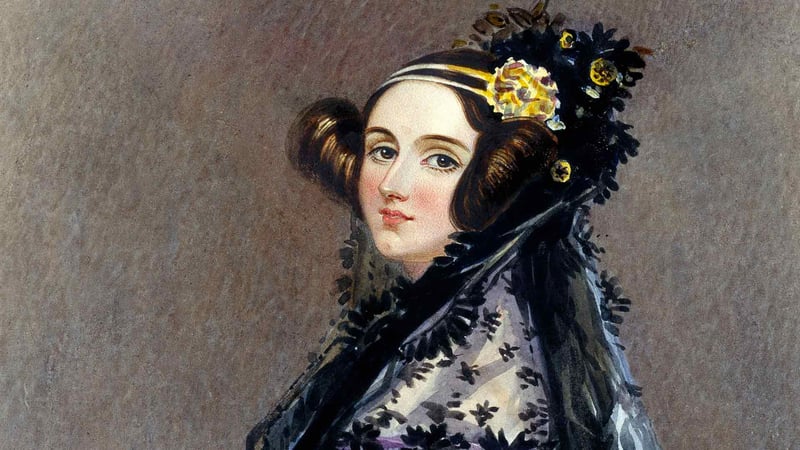 Mother of three who was part of the industrial revolution

In addition to being fluent in several different languages, she had a fantastic ability to express herself in a clear and appealing way. Based on her interest in machines, she had befriended one of the greatest mathematicians of the time, Charles Babbage, whose drawings laid the foundation for the modern computer. Both saw his invention, the Analysis Machine, as something the whole world should see and hear about. The fact that she was a mother of three children would not prevent her from taking part in the industrial revolution!

Did she predict AI?

Ada had a vivid imagination and a great fascination for birds and their ability to fly (she called the study "flyogology" even as a child). Her most spectacular vision was to build a flying horse powered by steam! For Ada, numbers were more than just numbers. The formulas she wrote became in her eyes like flying fairies - maybe that's why she had the ability to think outside the box and to foresee that in the future we would work with AI.

Ada's creative connection to machines meant that she also went by the magical nickname "Mrs. Fairy". Ada was creative, inventive, good at communication and technically interested - all these are qualities we value highly at QueensLab. That's how we want to work too! We see Ada as our ultimate Queen, and we've carried her portrait with us since the beginning.


Everyone who works at QueensLab has their own crown which is used as a signature - now it's time for Ada to get one too!

QueensLab continues its growth and opens an office in Stockholm

4 reasons to hire a UX expert